Hotel in Verona center near the Arena

Central, modern, welcoming. Hotel Siena Verona offers maximum comfort at only 500 meters away from the Arena and 700 m away from the Verona Porta Nuova Station. The ideal choice if you're looking for a hotel in downtown Verona with great value for your money and a professional staff always at your disposal.

Run by the Bustreo Family for four generations, Hotel Siena is a 2 Star, simple and elegant facility, in downtown Verona. It's the story of people who have done and continue to do this work with passion and who will reveal to you all of Verona's secrets.

Buffet breakfast is served in a modern breakfast room or, in summer, in the internal garden.

Free of charge bike deposit in the private garage within the hotel.

The staff were friendly and accommodating with a lot of recommendations for restaurants, buses to Lake Garda.
Close to the arena, the river and Juliette sites, one could not have wished for better at this price. – TripAdvisor traveller, 2017

The rooms were neat, clean and functional. The breakfast was very good. The hotel was situated close to the old town, walking distance to all attractions. The staff were excellent, extremely helpful and were able to answer all my queries. I would definitely recommend staying at Hotel Siena, excellent value for money! – TripAdvisor traveller, 2017

The hotel is in a very good location, just few minutes from the city center. The rooms were very good and we even had a balcony with a view of the Verona rooftops. The staff were always smiling and cheerful. We really enjoyed our stay in Verona and if we returned we would definitely stay here again! – TripAdvisor traveller, 2017

Rooms for all needs

The 2-star Hotel Siena in Verona offers two types of rooms: Classic and Modern, both types of rooms are equipped with the best amenities, color TV, as well as independent air conditioning and heating. 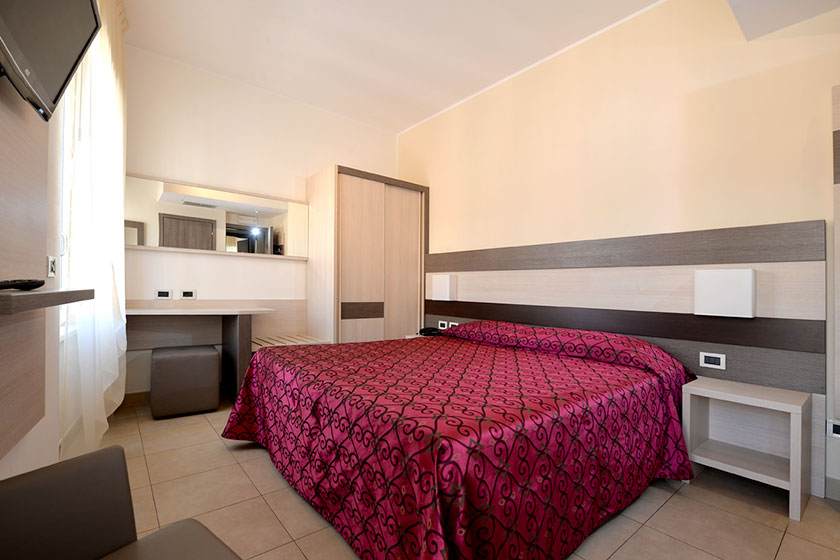 These rooms have modern furnishings and fittings, are equipped with all amenities and are completely soundproof. Perfect for a romantic holiday in Romeo and Juliet's city! 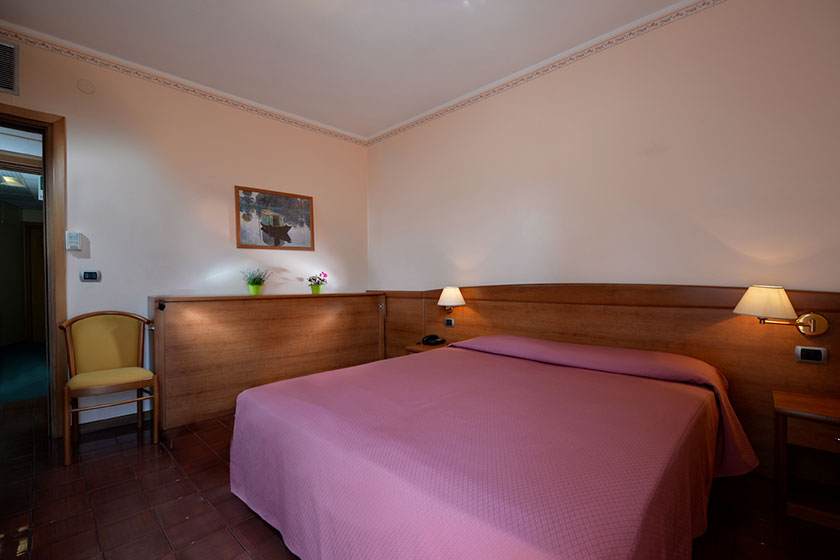 Ideal for a pleasant stay in Verona, these rooms have a relaxing atmosphere and private balcony - complete with table and chairs - overlooking the internal courtyard.

Near the Arena and Porta Nuova Train Station

Hotel Siena Verona located in the historic center, a few minutes away from the Arena, is also close to the the train station. From the hotel you can walk to all of the city's main points of interest, including Juliet's balcony.

Print the map with the directions to reach us

How to reach us

From the A4 motorway Venezia-Milano or from the A22 Modena-Brennero, take the Verona Sud exit.
After the exit go straight ahead for 2 Km until Porta Nuova. After Porta Nuova, take the second street on the left (Via Locatelli). From there on, the yellow arrows take you through Via Giberti, Via Valverde, Via Poloni and lastly Via Marconi until no. 41, which is Hotel Siena (see city map).
The distance between the motorway exit to Hotel Siena is about 3Km and it takes 7/8 minutes.

There are different means of reaching Hotel Siena from Verona Villafranca "Valerio Catullo" airport:
- with a private taxi in about 15 minutes you arrive at your destination (average fare is about 35 euro)
- with an APTV shuttle bus you arrive to the railway station. From the station you can arrive to Hotel Siena on foot (800 metres), take a taxi or bus going in the direction of Castelvecchio and get down at the second stop.

Hotel Siena is reachable within a few minutes on foot: the distance between the station and the hotel is just 800 metres! Alternatively, you can take a bus in the direction of Castelvecchio and get down at the second stop, or take a taxi.